As of November 2013, the Gumbwa primary school, in Chikwawa in Southern Malawi, has benefited from the installation of solar panels on two classrooms and the staff building as part of MREAP.  The systems was designed and installed by Washted at the Polytechnic Blantyre, based on a regional needs analysis in Chikhwawa.   The panels provide electric lighting in each of the rooms, meaning staff and students can study and prepare lessons during the evenings.  It is expected that this will improve educational standards and attainment of pupils.  Gumbwa has a total enrollment of around 1,124 students (March 2014), 611 male, 513 female.

Around 200 metres from the primary school, a the Gumbwa health post has also received a solar PV system.  Previously, patients showing up at night were required to bring candles or a torch so they could be treated; lighting was poor and inadequate for proper care.  In some cases treatment occurred without any light. Mr. Malonda, the health assistant, treated 148 patients in March 2014 for cases of malaria, diarrhea, cholera, and other minor health conditions.

Mr. Malonda, the health assistant, at the Gumbwa health post.

Representatives from the Community Energy Committee at Gumbwa Primary school

The health post worker points towards Gumbwa primary school, only a short distance away. Both facilities received a solar PV system for basic lighting. 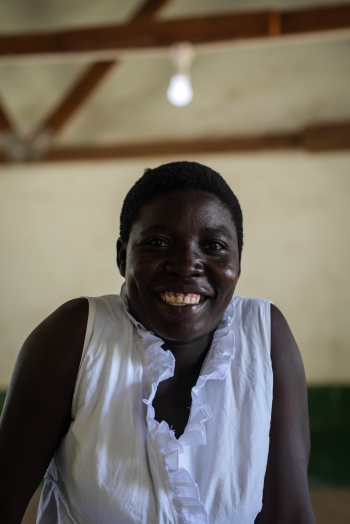 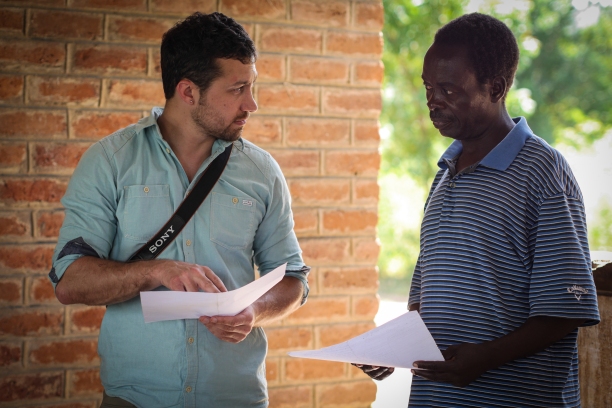 Peter interviews the health post worker on how people get health care during the night.

The Gumbwa project has a novel remote monitoring system developed by technical staff at the Polytechnic Blantyre.  This allows staff to remotely check on the system which collects data round the clock including:

The system has all ready been used to prevent misuse of the system.  It was seen that a heavy load was added which was too large for the system.  This turned out to be a video system with a large amplifier.  The school was contacted and the video equipment disconnected.  The system regained normal use shortly after.  Had this situation persisted, overtime it would have led to overuse and potentially damaged the battery beyond recovery.

Whilst the immediate experience was encouraging, it remains to be seen whether or not it is feasible for such systems to be implemented on more systems due to the increased technical expertise required to install and use effectively. 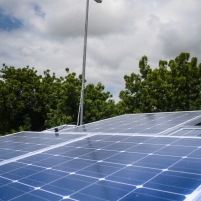 Solar Panels and weather measurement equipment atop a school building at Gumbwa.

Sensors capture system health information and transit this back to Washted to improve the overall fault prevention and response.